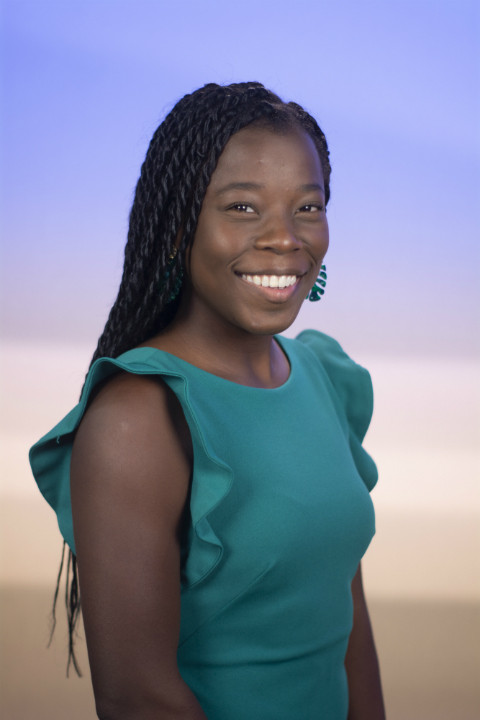 Sharon Danquah joined the News Channel 12 team in 2019 where she's since spent time covering high profile stories such as the shooting death of Andrew Brown Jr., marching alongside protesters and CNN crews as they shed light on an ongoing investigation. Sharon has also spent time tracking hurricanes throughout Eastern North Carolina, uncovering mold and poor air quality in schools, covering the 2020 presidential election, and much more.

Before coming to WCTI Sharon spent two months interning as a reporter in West Africa for the Joy News in Accra Ghana uncovering poor food quality and shedding light on traffic issues that could save lives.

Sharon graduated from the University of Miami with a major in Broadcast Journalism and a minor in Sports Administration. During her time at Miami, Sharon worked as a sports and news reporter for UMTV's SportsDesk and NewsVision, two shows on the University's student-run television program. She was also a member of the University of Miami's Women's tennis team playing both singles and doubles.

While in college, Sharon interned for the University of Miami's Athletic Broadcast Department shooting game footage for the ACC Network and ESPN.

Sharon was born in Accra Ghana and at the age of 3 moved to West Chester, Ohio where she was raised. She spent her first two years of college at the University of Illinois before transferring to the University of Miami.

Sharon is now in New Bern and said, “I clearly love an adventure in a new place.”

She said she got involved in broadcast journalism because she loves people and wants to help tell their stories.